“For more than a decade, Zillow® has been helping millions of Americans do their homework.” With those words, begins Zillow Group’s Forward to their “CONSUMER HOUSING TRENDS REPORT 2016.”

Perhaps unwittingly, many of the facts Zillow’s interesting and in-depth housing report on consumer desires brings forth, indirectly point to reasons why manufactured housing could be growing at an ever-faster rate than the double-digit growth it is already enjoying. So, we plan to review parts of the useful Zillow study in a periodic series here on MHLivingNews, begin with a look at the section of their survey, entitled – “Today’s Home Buyer.”

Zillow surveyed some 13,000 buyers, sellers, and renters for their study. Among their findings?

“Half of all buyers are under age 36, meaning the Millennial generation is driving more of the housing market than we previously understood.”

Online research is booming, the Zillow report points out, but “Those who start their home searches online are actually more likely to use an agent than other buyers.”

While ‘agent’ in Zillow terms means a real estate agent, here sellers of manufactured homes need to sit up and take notice. Isn’t a retailer or community manager showing and selling a home an agent too? Of course. But, there has been a trend among many manufactured home sales professionals to simply let shoppers wander their model home displays.

The Desire for Single Family Living

That dovetails with Pew Research reported on MHLivingNews last year, that pointed to a move toward the exurbs. A more recent Daily Business News report that several cities are seeing a modest exodus – a population decline – as urbanites leave for more suburban or rural lifestyles.

Some notable bullets from Zillow’s report are captured in the following two topical headings, which neatly dovetail in points that manufactured home owners or shoppers can enjoy.

Half (50 percent) of today’s home buyers are under the age of 36, and 47 percent are first-time buyers. Solo home buyers are in the minority; most buyers are shopping with a spouse or partner (73 percent).
Eighty-three percent of buyers are shopping for a single-family house. Their top considerations are affordability and being in a safe neighborhood.
Across all generations, almost nine out of 10 buyers (87 percent) use an online resource at some point in their search for a home to buy.
The average shopper goes on seven home tours, and while they may incorporate online research, they tend to be hands-on at decision time, preferring to meet an agent in person or talk on the phone, and prioritizing private tours of homes led by a professional.
Only 46 percent of buyers get the first home on which they make an offer, reflecting the reality that in today’s tight market, the search—which takes an average of 4.2 months— comes with competition and disappointment.

Nearly half (48 percent) of all buyers consider homes that have never been lived in before.
Younger buyers (50 percent of Millennials and 54 percent of Generation X) are significantly more likely than Baby Boomers or the Silent Generation (38 percent and 39 percent, respectively) to consider newly built properties.
Among buyers who were interested in and ultimately purchased brand-new homes, the following information is most desired during their search:

Beyond Zillow’s Facts and Figures

While other statistics – from sources normally cited by manufactured housing professionals – provide a somewhat different view than Zillow’s keen report, that may be due to the survey’s method, or looking at prospects vs. actual owners and buyers.

For example, actual new manufactured home sales tend to be more robust in Texas, Louisiana, Florida, and other South Central/Southeastern states, while Zillow’s study suggests more are looking for a manufactured home in the Upper Midwest.

That later fact is quickly proven by looking at the latest new manufactured home shipment report, which touts double-digit increases, and is once more linked here. 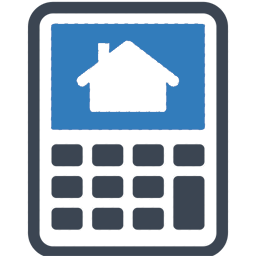